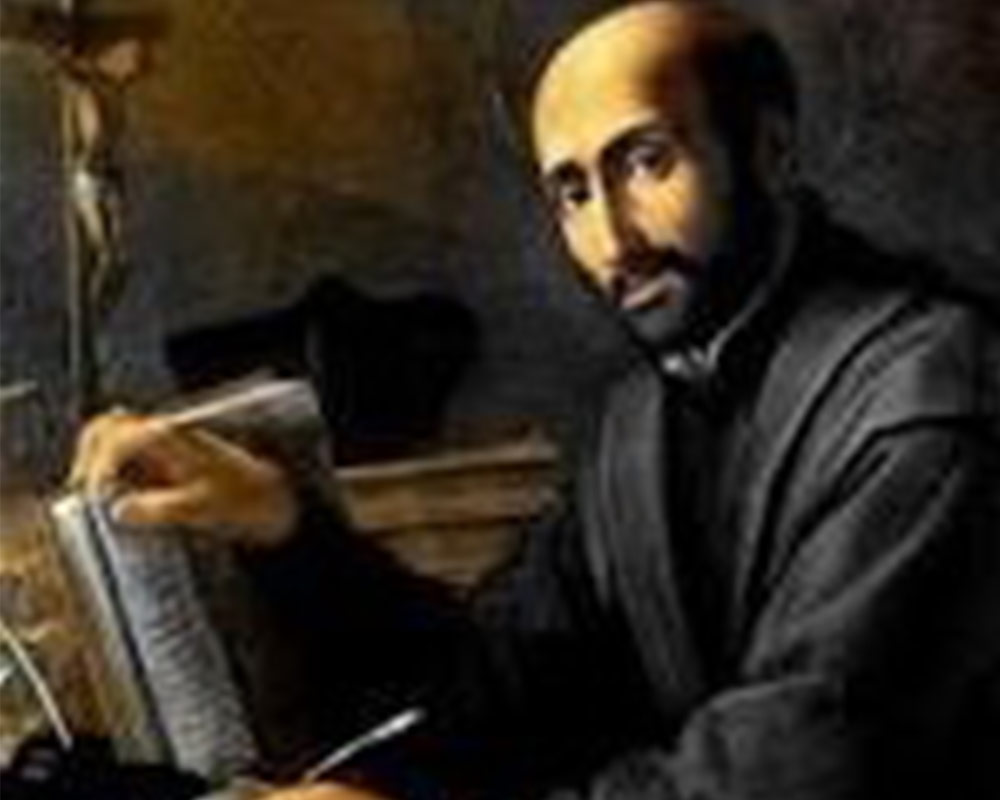 St. Ignatius – our namesake – is best known for his work as the founder of the Society of Jesus (Jesuits). He was born in Loyola, Spain in 1491, to a noble and wealthy family, and spent the early part of his life as a knight. After he was injured by a cannonball in 1521, Ignatius spent much of his recovery time learning about the lives of Christ and the saints. His reading had a profound impact, so much so that he turned to life of prayer and piety that led to a pilgrimage to Jerusalem in 1523. Upon his return to Spain, Ignatius began a twelve year period of studying. In 1534, as he continued his studies Paris, Ignatius gathered a group of followers to abide by vows of poverty, chastity, and obedience as founders of the Society of Jesus. Ignatius and his followers were ordained as Catholic priests on June 24, 1537. Ignatius said his first mass on Christmas Day 1538. In 1540, Pope Paul III approved the new order as a permanent union in the Catholic Church.

By the time of Ignatius’ death in 1556, there were around 1,000 Jesuits in Spain, Germany, France, Portugal, India, Brazil, Congo, and Ethiopia. Ignatius also founded the Roman College and the Germanicum (a seminary for German candidates for the priesthood). He spent much of his final years laying the foundations for systems of schools to be run by the Society of Jesus. Ignatius also contributed important literary pieces to Catholic thought; The Spiritual Exercises and The Constitutions of the Society of Jesus. In 1609, Ignatius Loyola was beatified by Pope Paul V. In 1622, he was canonized by Pope Gregory XV. Finally, in 1922, Pope Pius XI declared Ignatius Loyola a patron of all spiritual retreats.